In the summer of 2018, we have celebrated the 20th Anniversary of MusicAlp with passion and enthusiasm!

We welcomed 790 students from 41 different countries and 80 professors. More than 7000 people attended our concerts and acclaimed the artists. The staff of « Tignes Développement » contributed enormously to make this edition a great success. 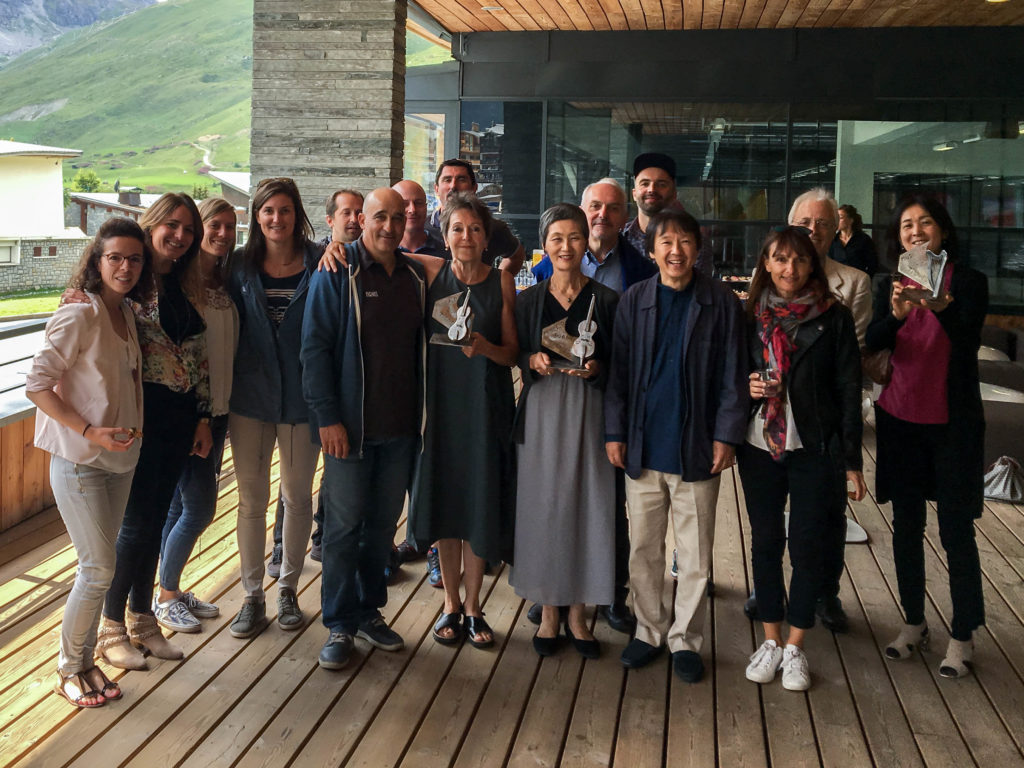 Our dear friend Frédéric Lodéon presented a chamber music concert on July 26 which was particularly joyous in the presence of the Mayor of Tignes whose unconditional support is so precious to MusicAlp. Our friends, General Robert Bresse, ex-director of Musée de l’Armée at Invalides in Paris, and Jakez François, director of the Camac Harp and sponsor of MusicAlp, honored us with their presence at the concert to celebrate the 20th Anniversary.

On the 2nd of August, « Joy of Strings » made a stop in Tignes as part of their European tour to offer us a superb concert with some of our professors as soloists. We have also entertained the audience of all age in the Family Concert on the 6th of August. Prokofiev’s Peter and the Wolf and the Carnival of the Animals by Saint-Saëns were in the program. The musicians were disguised with masks and other costumes for the joy of the children. On the 14th of August, the Bons Becs, led by one of our professors, Florent Héau, enchanted our audience with their humor and talent. The concert was followed by spectacular fire works over the lake. The other concerts with chamber music repertoire were given by the professors of MusicAlp. These concerts are always in great demand and enormously appreciated by the devoted public.

All 15 concerts in the Auditorium were more than full with enthusiastic response from the audience.

The students were also performing in the Auditorium in 6 concerts in addition to their class concerts. These performing opportunities are valuable experience for the students who are the future professionals.

The 2018 edition ended with the departure of Pascal Devoyon, the co-artistic director with Dong-Suk Kang, from MusicAlp. We would like to express our deep gratitude towards Pascal Devoyon and Rikako Murata for their inestimable contribution for the last 20 years.  We wish them all the best for their new life in Japan. Dong-Suk Kang asked Philippe Muller, who was with MusicAlp from the very beginning, to be the co-artistic director. This choice was unanimously appreciated.